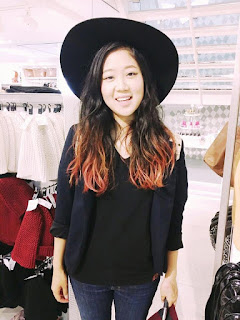 I was a minority at my school. Even though I wasn't bullied, I felt out-of-place and lonely. Without even knowing, I was suppressing my esteem, my pride, and my confidence. I slowly started to distance myself from the world. I never voiced my opinions at school and always spent time by myself. I had no confidence whatsoever. One day, walking to class, I saw one of the applications to be a part of HOBY. Without knowing anything about HOBY, except that it was a leadership conference, I simply turned in my application with no expectation for me to get chosen. A few weeks later, when I found out I was selected to attend the conference as the school representative, I was very shocked. I was also scared because I was afraid to meet new people. However, I decided to attend the conference because I thought it would be my last chance to overcome my fears.

Attending the HOBY seminar was probably the best decision of my life. Even though it was a challenge, I learned how to be a leader. I also learned the importance of teamwork and communication. After the seminar, I saw the world with different eyes. I began to take initiatives, joining various clubs and making new friends. Becoming a leader changed my life. A year later, I became the Vice-President of Student Council, the Woodwind section leader of the Marching Band, and the Homecoming Queen of my school. I also got accepted to the University of California, Davis, where I am pursuing my Bachelor's degree currently. The story goes on. HOBY made me a leader. HOBY is powerful.

Social Networking!!!
Hours
This Blog
Posted by Unknown at 4:00 PM No comments: 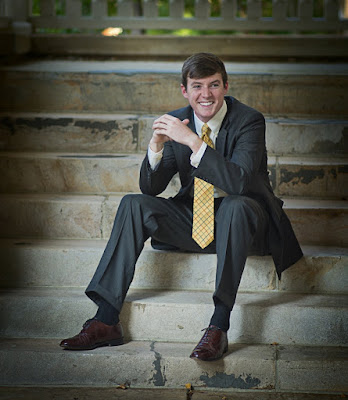 Sparing the details of exactly how this occurred, the abridged version of my story is that HOBY helped craft the self-confidence in my own leadership skills that I later used to succeed in college (inside and outside the classroom). Equally important, HOBY provided me with a network of other high achieving students my age from across the state, none of whom I would have had the opportunity to meet during high school, but many of whom have become not only a major part of my academic and professional network, but also some of my closest friends.

When nervously awaiting the decision of my first Junior Staff application, I had not even given thought to a leadership role within HOBY. Those guys were so cool and so grown-up. Well now, I don’t know if I've achieved the cool factor (maybe someone from the current Junior Staff can weigh on in that in the next blog post) but I have definitely grown up. I'm now in my second year as Director of Operations at the Southeast seminar, which is hosted at my alma mater, Georgia College. I'm consistently struck with realizations and reminders that HOBY is to thank for much of the personal success that I achieved in college, which I'm now leveraging to contribute to success in my current role at HOBY.

In summary, HOBY helped give me the tools I needed to succeed, and the resulting success has allowed me to help HOBY continue to succeed.  I'm honored now to have the opportunity to facilitate that same cycle for whoever the next group of HOBY Ambassadors are that go on to lead this great organization. Who knows…it could be you!

Social Networking!!!
Hours
This Blog
Posted by Unknown at 2:14 PM No comments: 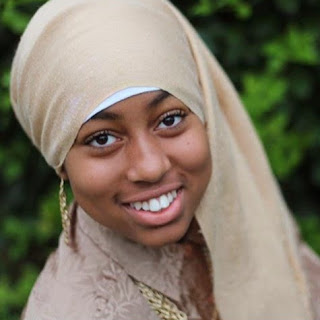 I am a HOBY Ambassador of 2014, I have always known that eventually my hard work will pay off and continue to pay off. But I never knew that our world had a place where “HOBY” existed. I never knew that I could be surrounded with so much like minded, incredible, powerful and positive people who were just like me. I was so amazed when we as a human race got together no matter what race, religion or creed for the purpose of making our world a better place and becoming an incredible leader by first starting with our self, then our community and eventually the world. HOBY is my home, where I know I will meet and see people who are striving for greatness and want to inspire others. HOBY is a network, a family network of people who want to support greatness, HOBY is a beautiful family that I am so blessed to be a part of and help contribute to the inspiration of High School Sophomores. This year I had the honor of returning to HOBY as a Junior Staffer and being part of the 2015 Social Media Team for GA NorthWest, what I learned at HOBY this year was that our staff was determined to give "MAGIC" to the ambassadors, while we(staff) received the "MAGIC" that was enlightened in them.
I am so thrilled to have launched my ''F3''~Fun.Fit.Fabulous! clinic for young girls from the ages of 7-14. "F3" is all about developing each individual to be their ultimate best. An amazing way I found to accomplish that is by having fun, being fit and of course being your fabulous self. The one day clinic consisted of yoga, setting vision boards, and having a guest speaker from the University of Georgia come teach the youth about the importance of nutrition. Also, we had dancing, our glam squad (volunteers who did the girls nails, hair, clothes etc.) and ended the day off with a fabulous FASHION SHOW! I wouldn't have been able to accomplish this without the help of Allah, my family, mentors, HOBY and volunteers. Thank you so much for all the support and love! Can't wait to see what the future holds Insha'Allah (God Willing)! Let's continue to make GREAT CHANGE in our world! Always remember my people, stay Fun Fit & Fabulous! If you ever are contemplating about serving and or living out your dreams, just ask yourself, “If not me, then who…” So everyone in your own way, Empower. Lead. Excel!

Social Networking!!!
Hours
This Blog
Posted by Unknown at 3:26 PM No comments: