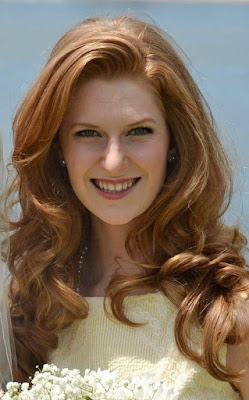 Had you asked me on the first day of my HOBY seminar where I thought I would be in 2016, I would not even be able to imagine what my life is like today. At that point in my life, academics were present but not a priority, and my social life seemed far more important than professional or personal development. Learning and leading had always come naturally to me so I wrongly assumed that my natural abilities alone would carry me through life. Luckily, HOBY helped me abandon that mentality and develop a life filled with incredible experiences and opportunity.
On my second day of HOBY, I sat listening to an alumni who was currently the student body president of the University of Georgia, a scholar in all senses of the word, and a recently accepted law student at Harvard Law School. His presentation contained mostly the standard, generic leadership development information, but it wasn’t the content that sparked my attention. It was the speaker himself, Will Burgess.
Will had found a way to harness his natural abilities, and more importantly, to harness those of his peers, classmates, and fellow citizens. He was a leader not by passive acceptance, but by actively working to change the world around him. His resume had not created his exceptional abilities to communicate, organize, and implement. Those characteristics had always been a part of him, but he had chosen to intentionally develop and hone his skills. And if he could do it, I could too.
Our HOBY weekend came to a close, but the opportunities for success were just beginning. I set my sights on an Ivy League education and began to work towards that goal. I was accepted to Brown University, but decided to defer my enrollment for a year to work on the campaigns for Senator David Perdue, Governor Nathan Deal, and Senator Bill Cassidy. In January of that same year, I moved to Philadelphia to work for a political non-profit, Turning Point USA. I returned home to manage State Representative Shaw Blackmon’s campaign, and when offered a return to Brown, I permanently declined my admission. I moved to Savannah, Georgia to manage the campaign for now-Mayor Eddie DeLoach and while there, applied to the University of Georgia so that I could continue to build my regionalized political network.
Looking back, it is quite evident that my weekend at HOBY, and specifically Will Burgess’s words and example, was a critical point in determining the course of my future. It was that weekend I decided to utilize my natural skills and actively pursue my goals and dreams. My life is today is exciting, riveting, challenging, and simply unbelievable because of this organization and I will forever hold HOBY in the highest regard.

Social Networking!!!
Hours
This Blog
Posted by Unknown at 2:41 PM No comments: 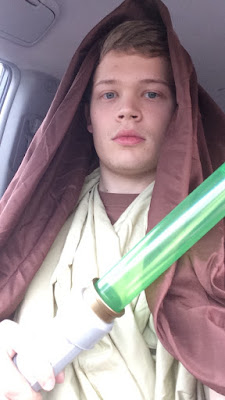 My name is Hunter Quintal and my introduction to and involvement in HOBY is somewhat non-traditional. My best friend from high school is a HOBY alumna and always spoke highly of the program. She would tell me of how her experiences as an ambassador shaped her understanding of her self awareness and self confidence, and how her interactions with other high-achieving students acted as encouragement for her to continue giving her all to her schoolwork and to her community.

When I applied to be a junior facilitator last winter, it was this knowledge that I took with me. Oh yeah, and I also knew was that I would run after parents’ cars, shrieking and hollering. That’s about it. I felt like I knew what I was in for. I felt like the weekend would end too quickly and that I wouldn’t really gain anything in such a short period of time. Boy was I was wrong!

The weekend became endless in the lessons and relationships that I continuously was a part of. I watched before my eyes as the students that I had grown close to became more outgoing, more spirited, more self-assured, more creative, and more visibly inquisitive. These shy students grew into themselves, finding their own voice and all contributing differently to group and individual action and reflection. I learned as they did, and found that I was diversifying my own skills of communication and leadership as I interacted with them. We all became thoughtful community leaders as we confronted issues brought up in the seminar.

That weekend last summer made me evaluate my worldview, and reassess my effectiveness as a member of the various organizations and groups that I call home. The staff and ambassadors were so welcoming and supportive, and I easily fit into that community of humble, gracious, and confident leaders. HOBY inspired me. HOBY reinvented me. I hope to continue serving HOBY and working towards the goals that HOBY stands for. By the way, everyone who has been impacted by HOBY interprets those goals differently. I hope to hear what HOBY means to you.

Social Networking!!!
Hours
This Blog
Posted by Unknown at 10:44 AM 17 comments: 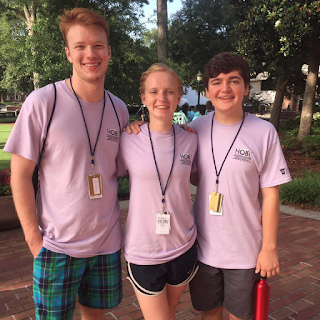 I feel like there are three kinds of HOBY stories
I’m a very proud member of the third group. This summer will mark my fourth time at the weekend and I could not be more excited. HOBY means so many things to so many different people, and it’s such a deeply personal experience that I find it a little hard to summarize. The biggest advice I can give to my fellow HOBY alumni is this: find how you can use the skills at HOBY in a way that serve both your community, while also serving yourself.

Before I went to HOBY, I had always wanted to try theatre. Because of nerves and not really having any theatre friends, I had never really gotten up the courage to go out for it. Throughout the seminar weekend, we got these little opportunities to watch and participate in performances: from bigger things like the Talent Show, to smaller opportunities like sizzling and singing in front of fellow ambassadors. After meeting ambassadors who were incredibly talented and accomplished in their own school-theatre-bubbles, I left the weekend with a new perspective. Since then, I spent the next three years pursuing theatre-- but not in the self-fulfilling way that some theatre people pursue. Theatre has absolutely been a rewarding experience for me, but the thing that really stuck with me, relating to HOBY, is the opportunity to apply the seminar’s skills to just about any passion that the ambassadors have. Community-building doesn’t have to look like can-drives and car washes for charity. In theatre, I apply HOBY’s leadership skills whenever directing a show, taking direction, or working behind the scenes. The social justice aspect of HOBY has been applied incredibly when thinking about inherent racism and exclusion in the theatre community.

This is what I’m trying to say: whether you’re in theatre, or sports, or other academic focuses, find a way to combine HOBY’s lessons with your own passions. This is the most realistic way to keep that HOBY high going past the seminar. In the words of Howard Thurman, “Don't ask yourself what the world needs. Ask yourself what makes you come alive, and go do that, because what the world needs is people who have come alive.”

Social Networking!!!
Hours
This Blog
Posted by Unknown at 8:26 AM No comments: 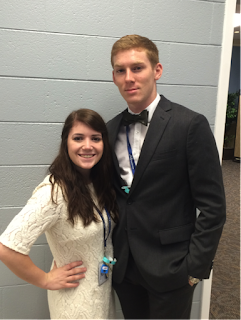 If someone had told me in June of 2008, I would be transformed from the timid sophomore who was buried in her books to an empowered, outspoken junior after just three days, I would have honestly not believed them. From my first seminar as an ambassador 8 years ago to every seminar since that I have been blessed to volunteer at, I am empowered in a different way to redefine my leadership roles by the interactions with not only my mentors and friends I have met through HOBY, but by the new group of ambassadors that are embarking on their first HOBY experience. HOBY has given me way more than leadership skills though; I have gained an irreplaceable HOBY family. My HOBY family grows with each seminar as I gain connections with the ambassadors in my group or Junior Staff assisting with the operational side of HOBY. I am also able to nurture my existing relationships with the staff that though I sometimes am only able to see once or twice a year at HOBY events, even though I speak to them daily because of the connection we have. Georgia HOBY has transformed and continues to transform me into a leader who grows, adapts, and evolves and I am eternally grateful for this program as well as every individual that plays a part in each seminar.

Social Networking!!!
Hours
This Blog
Posted by Unknown at 4:48 PM No comments: