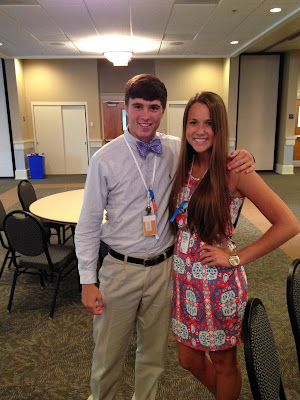 Leadership does not just come merely because you have potential or ability. Without service, leadership can never be fully developed. After leaving HOBY in 2014, the theme of which was "Beyond You," I realized through HOBY that service is the one thing every leader must embrace.
Service means a lot of different things to a lot of different people and changes based on any given situation. At HOBY, we focused on how service establishes an individual as a leader. For me, this was the one thing I needed to learn in order to become a more successful leader within my community. Additionally, HOBY helped me realize that I could make a difference As someone who likes to do things correctly the first time and someone who delights in hard work and taking initiatives, I found that service was the one thing I was lacking, and I realized that my abilities could be applied for the benefit of other people. I am not saying this in any way to highlight myself; rather, I was ashamed that I had not had a HOBY experience earlier in my life to open my eyes to serving others.
I remember in my ambassador year sitting with more than 250 students at Berry College, and the opportunity had been given to members of the Staff to tell their service stories that were inspired by HOBY. My now fellow staff member Ben Lutz discussed how he helped to started his own non profit helping victims of bullying re-recognize their value to the world and to not resort to suicide while also striving to create curriculum in school to end bullying. I always had a desire to be involved in community service, but didn't know how I could be a leader instead of a follower in serving others. After hearing his story, I knew I wanted to start a non profit, but I was unsure of what the cause would be. I filed that thought away in my brain for a month before I visited the town of Belloc, Haiti, where I came face to face with widows who were dying in part because they did not have food or medicine. HOBY taught me to identify needs and situations where I could apply what I learned in those 72 hours to make a difference in the world, which is exactly what I saw in that small Haitian village. After continuous talks with my friend Samuel Dumond in Haiti, we decided to form a Christian nonprofit organization to help serve the needs of these widows. While the organization Hearts for Haitian Widows is still in its formation stage, I look forward to completing our goal of serving these widows. Without the HOBY ideal of service, I would have never been able to apply a tangible solution to that problem I witnessed in Southern Haiti.
HOBY is service. One thing I would strongly suggest to HOBY members out there is to keep your minds open to new situations. Some of the questions I had about leadership during my time at HOBY are still open ended, but when you find an area that you would be passionate about serving, the HOBY experience will help you find an answer.

Social Networking!!!
Hours
This Blog
Posted by Unknown at 2:50 PM No comments: 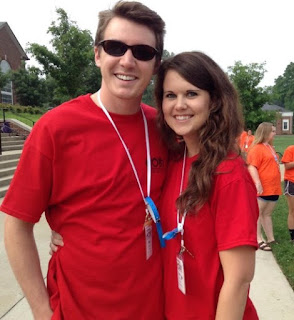 It’s hard to believe that I have been involved with HOBY for more than 10 years! My experiences as an ambassador and volunteer have been nothing short of life-changing. No one would have thought that HOBY would turn a once shy high school sophomore into the self-proclaimed “Queen of the Banana Cheer.”


Over the years, many people have asked me, “What is HOBY?” It is often difficult to sum up HOBY in a few words, but for me, HOBY is home. It is the place where I feel most like myself, where I am challenged to be the best version of myself, and where I am encouraged to pursue my dreams. The support system that I have gained through HOBY has been invaluable throughout high school, college, and pharmacy school.

My passion for leadership can be attributed primarily to my involvement with HOBY. I have witnessed how HOBY empowers youth to become more effective leaders, innovators, and members of society. As a volunteer, I have had the opportunity to encourage students to be instrumental leaders in their homes, schools, and communities, yet they have left a bigger impact on me through sharing their passion for life and motivation for change.

I am forever grateful to have been a part of HOBY for the past 11 years, and I look forward to many more years of service with the program!

Social Networking!!!
Hours
This Blog
Posted by Unknown at 4:13 AM No comments: 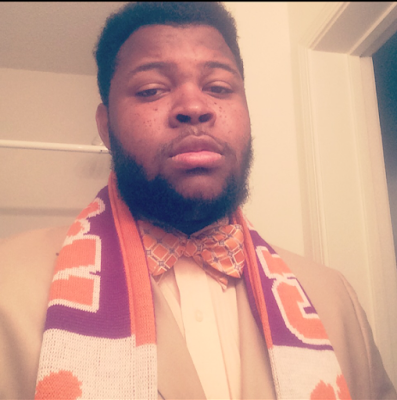 HOBY was a very pivotal experience in my life. The programs, lessons, and relationships this one weekend fostered would create such a lasting impact moving into my future. HOBY forced me to step outside my comfort zone, to see others as what they are, people. HOBY was able to celebrate our differences while showing us our common theme of humanity. In this seminar we grew individually, as a group, and as a cohort. In addition to meeting people from inside my own group, and the staff I was able to meet people from other groups and from the various parts of Georgia. Following my departure I remained in contact with several of my fellow ambassadors, and they are now some of the closest relationships I have in my young adult life. It is because of the skills and confidence I discovered in HOBY my sophomore year, that the two years following I was able to accomplish many great goals such as becoming, the first African American male Student Body President in my high school's history, the campaign manager for my high school in winning the Southern Association of Student Councils presidency and bring the conference back to Georgia for the first time in 40 years, a Gates Millennium Scholar, and AJC metro Atlanta senior of the year. It was because of HOBY many of these things came to be. Due to how life changing, enhancing, and eye opening this experience was for me I wanted to be able to pay forward this incredible opportunity afforded to me, and create the same kind of positive catalyst for other young leaders and so wanted to come back as a volunteer.
Coming back as a volunteer for Georgia HOBY seminars I was able to establish a deep bond with people of all Alumni years, backgrounds, and walks of life, while ensuring ambassadors that followed my cohort had just as amazing and impactful of a time. No matter how little sleep we got, or how much work we had to do, we always had a smile on our face. This smile was not one we had to force or pretend but one of a genuine nature from being around great people who shared themselves, their stories, triumphs and tragedies and cared deeply for one another and this program.
Outside of Georgia, HOBY has allowed me the platform to be able to connect with people no matter where I am. Though I went through the Georgia HOBY seminar, after graduating high school now attend Clemson University located in Clemson, SC. The great people of HOBY and actions being taken by them to impact the community does not stop at the Georgia border. There are a slew of Outstanding people that I have met through simply wearing a HOBY t-shirt around campus that I have been able to be connected to from the South Carolina HOBY and other state's seminar. The joy and pride we all share no matter what seminar we attended or year is unbelievable as well as the impact they have made on our personal lives, and that we have in turn been able to make on our communities. To put it in layman's terms HOBY is simply...Outstanding.

Social Networking!!!
Hours
This Blog
Posted by Unknown at 12:29 PM No comments: 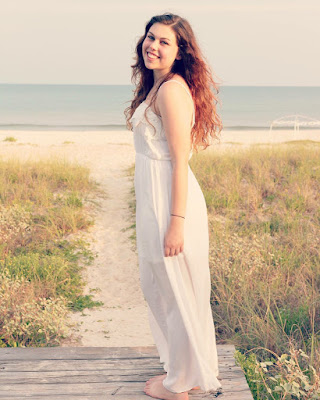 When someone says HOBY, I think about the magic of the amazing weekend I had as an ambassador and the even cooler weekend I spent behind the scenes as a junior staffer. While those weekends were unforgettable, it was the HOBY values that I strive to embody today that really made those two weekends so impactful. As an ambassador, you are pushed to your leadership limits. Series of fun, seemingly simple games challenge you as a leader, follower, speaker, and a listener. But it wasn't the games that remembered after the weekend was over. It was the values I learned and the friendships I made that stuck with me.
I think what's so special about HOBY is what you learn from the weekend Not only did I learn how to lead, but I learned how to listen. I was able to see how my contributions to my community, no matter how small, could make a difference. I was inspired to go out in my community and make my mark on what I was passionate about. This newfound knowledge and confidence transformed me into a better version of myself. A version that I didn't even know existed. But our fearless HOBY leaders saw that spark inside of me and my fellow ambassadors and with their guidance, we grew that spark into a fire.
My ambassador year, our theme was Catching Fire. I don't think I
could have picked a better theme. HOBY has a sort of magic that lights the fire inside of you. It is this magic and the knowledge I gained that I take away with me from my 2 amazing HOBY weekends. I am who I am today because of the magic of HOBY and the fire and passion that it created will never die out.

Social Networking!!!
Hours
This Blog
Posted by Unknown at 12:18 PM No comments: