One month ago to the day, these group of 12 Oustanding individuals came together to begin their HOBY journey at the Georgia NorthWest 2015 Seminar! These are their favorite experiences from their alumni weekend! 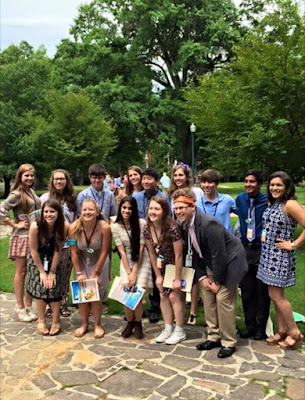 Jenna Patterson
Fannin County High School
It is nearly impossible to describe my single favorite memory from HOBY. From the beginning of the weekend, I knew that HOBY was going to different (and far better) than any experience I had ever had before. When the cheers first started in our introduction circle, I felt shy and a bit awkward but soon fell into place with a new family. Once we began our journey towards a new level of leadership, as individuals, in groups, and within society, I knew I was building a foundation of knowledge that would last me far longer than any other education I had ever received. As we were learning about self leadership we went through a bird-themed personality test which revealed our traits as leaders. We went on to learn how those traits affect others and how to use them to our advantage within groups. Learning about myself and the impact I have on others was my favorite part of HOBY because it showed me how to help myself help others. My second favorite part of the seminar was my team - The Teenage Mutant Ninja Turtles. The group of people I was surrounded by during my time at HOBY are some of the most caring, kind, and considerate leaders I have ever met. They are the kind of problem solvers that will be future leaders of America. Never have I seen a group of people that bonded so quickly, talked so openly, and felt so comfortable in a new environment. HOBY offers an atmosphere that I hope I can someday recreate - or at least return to. From the crazy car greetings to the midnight pony rides, HOBY allowed me to leave my life for a weekend and get a glimpse into the future of America with some of the best people I have ever met. I am blessed to have been given the opportunity to attend HOBY and will never forget the people I met, the experiences I had, or the enlightening information I was given.

Molly Finnegan
Providence Preparatory Academy
My favorite memory from HOBY was Saturday night after the variety show when I got to spend time with and really got to know my team. We played games and ate candy and laughed, and I loved bonding with fellow leadership-driven people like myself. I know I created friendships at HOBY that will last for a long time!

Emma Downey
Pace Academy
My favorite memory had to be when everyone was sharing how much HOBY had affected them in a positive way. Not only were people being respectful and supportive when their peers were talking about their experiences, but also the things that were said were really motivating and emotionally cleansing. It became clear in that hour that HOBY had been an outstanding experience for all of the ambassadors of 2015, and I don't doubt that all of us will go on to do great things later on in life.

Draper Smith
Tallulah Falls School
My favorite HOBY memory was when my group had a discussion after the YOBHaville activity.. We all had a lot to say about our experiences with prejudice and discrimination. It was nice to see people who were tolerant and accepting of all people. It's fun and encouraging to find people who are caring. 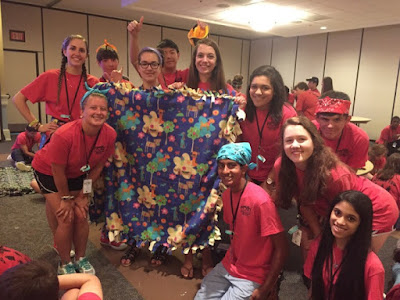 Out of the many wonderful memories of HOBY, one of my favorites was writing down a mini, bullet point 'biography' of our lives -- what we want to ultimately achieve, and how we want to get there. Before HOBY, I knew generally what I wanted to do, but being confronted with a challenge to think of specifics I want to do, encouraged me to realize how big I can dream. After a moment of thinking, I began writing. I was astonished at what I came up with. Now. I write my dreams down, and they become goals. I write steps down, and the goals become achievable. In the end, my dream becomes my reality. HOBY gave me a way to find and see my dream, and a fire to go after it to change the world.

Sydney Davis
Dawson County High School
Personally, my favorite memory of HOBY was the Table Topics activity, not because of the activity itself, but because of the impact on the team as a whole. Yes, all of the outdoor team building activities were great and helped some, but I felt as though the team was still distant. Although we knew our bird types and what they meant, we didn't know each person or their different personalities and outlooks on different things. Just by knowing my bird type I took a step back and realized how I lead, and how I could be a better leader. Table Topics brought us together as a team. We supported one another, critiqued each other (in a constructive and polite manner) and each saw an insight of how each one of us processed things and took the pressure. Honestly, I love public speaking and talking to people doesn't bother me, but this was a challenge. I had to take my thinking to another level, then put it into a format in which my audience could understand. Everyone else did the same thing, and some had more trouble than others, but the same support was given to each individual. For that reason, Table Topics was the cement between the bricks for the TMNT. 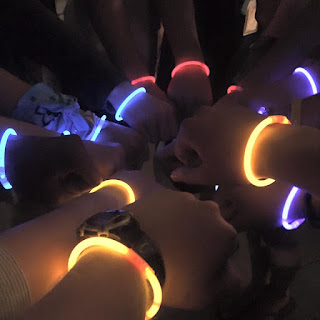 Grace Dwyer
Henry Grady High School
My favorite moment of HOBY was making the felt blankets for the Project Linus. A fuzzy blanket has always been the beacon for comfort and stability and reconciliation; and having a part in making that for someone in desperate need brought our team closer together. When we did that activity, we bonded with our group over a shared and reasonable goal with set tasks and steps. We got to do a hands-on activity that we knew would have tangible results in the real world. Doing that activity has inspired me to continue to partake in this service project in my home community.

Alan Kim
Walton High School
HOBY created an environment where everyone was comfortable and open to conversation. I could stop any person in the hall or at lunch and have a conversation with them as if we had known each other for years. The best experience I had was on the night of the second day. I had been invited to play cards with a bunch of other guys in someone's room. At first I thought, "It's like 12 AM I need to sleep" But I decided against it and told my roommate to get up and move to the room.  When we got there, including my roommate and I, there were about 8 people there.  I knew about 5 of them and had never even seen the others.  However, someone brought chip bags, and someone else brought a bunch of soda, and someone else brought a deck of cards.  Everyone quickly became comfortable and started joking around. At this point, it was like 1 AM, and everyone was so tired that we would basically be screaming and laughing every time anyone said anything.  By all accounts, someone should've told us to stop and go back to our rooms, but all the people in the surrounding rooms didn't care, and neither did the Facilitators (Thank you Adam).  Since my roommate and I planned to go to the service in the morning, we left at around 1:40 AM.  Though, I heard the party lasted till 2:40 AM. I had never seen many of the people in the room and barely knew the others. Yet we were able to joke and have a party like we had known each other for years.  In the end, we all slept way later than we should've, and left a lot of chips behind in the room, but it was all worth it. Without HOBY having created an environment where we were all comfortable saying whatever we liked to each other and being okay with talking with any random stranger, that experience could not have happened. 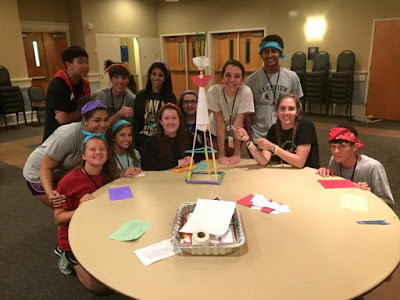 Lauren Kilgore
Cartersville High School
When I first arrived to the HOBY Seminar, I wasn't too sure what to expect. Throughout the first day, I was still very shy till I finally got to meet my group. Through many group activities, I knew for a fact that I had met an amazing group of people that would honestly change my life. The bond that my group made is something that I will never forget. Til this day, my group still talks daily. Not only did I leave the seminar as a better leader, I also learned that the little things can truly change a person. I am beyond grateful for the opportunity and it's an honor to be an alum of this life-changing and outstanding organization.

Dhruv Gaur
Lakeview Academy
For me, HOBY was such an overall enriching and empowering experience that it’s difficult to pinpoint a specific favorite memory from such a power-packed weekend. From the first keynotes and activities, we quickly dove into developing our leadership styles, and it was unbelievable to see how much we had learned by the end of even the first day. Throughout the second and third days, our leadership continued to grow, and by the end of the weekend we had completely transformed as leaders. This transformation, to me, was the most exciting part of HOBY. Knowing that I had been a part of something that had changed so many people into better leaders who could in turn, better lead the rest of society was humbling and thrilling simultaneously. Furthermore, in less than 72 hours, not only had we grown tremendously as leaders but also grown closer together as friends. The very people at whom we had awkwardly stared in the circles while half-heartedly participating in cheers on Friday morning were the same people with whom we built everlasting friendships. As we each grew as leaders, we grew closer together as our own Teenage Mutant Ninja Turtle family. Realizing this profound change in all of us was probably my own personal favorite part of HOBY. 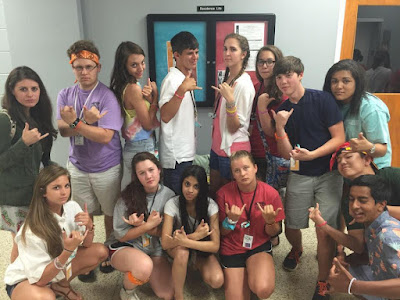 Pari Bhat
Eagle's Landing High School
I am truly blessed to have been given the opportunity to attend a HOBY conference. For the first time, I was able to meet people who were just like me. I made a ton of friends and I am certain that some of these bonds will last a lifetime. My favorite memory, by far, was at dinner at the end of the first day. Even though we all knew each other for less than 12 hours, it felt like we had known each other for years. Finding out I had so much in common with a many of different people really touched me. I can not express enough gratitude to all of those that helped bring the program together.

Jodie Crews
Mount Zion High School
My favorite HOBY memory was riding the HOBY Pony. It was not what I expected, especially with all of the staff continually whispering about it. But I really enjoyed screaming and running in a circle with all of my newest and closest HOBY friends!

This Blog
Posted by Unknown at 7:16 PM 2 comments: